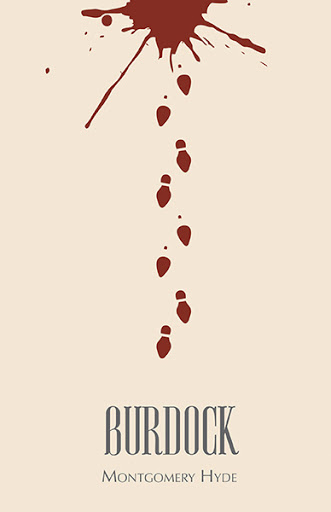 When Anna Craig's lover disappears, she hires hard-nosed private eye Matt Burdock to locate the dork. Burdock finds the corpse with a cord wrapped around its neck. The ensuing investigation draws Burdock and Craig into an international intrigue that takes them from the streets of Toronto to the northern wilderness and forces each to consider whether the greater threat is the other or the killer.

Abetting Burdock are Street Pete who "would have been a strapping handsome man if he was able to care for himself", his ex-navy buddies Ptomaine Tony "whose bar food is the stuff city health inspectors are paid to eradicate" and Big Steve who "was with Tony and me when we cleared the bikers out of the bar in Halifax", his high school chum Broker Bob who "was an advocate of conspicuous consumption, he bought a sixty foot cruiser but he was afraid of water so he preferred to cruise the bar," and first wife Eleanor who "only showed up at the church to see if I would be there". All do not survive.

In his first novel, Burdock gets away with murder. The police suspect him of his crimes, and he has lain low for the past year. In The Burdock Sting, he is drawn back into action by a brief case full of hundred dollar bills and visions of a pot of gold at the end of his rainbow.

A failing industrial conglomerate is defrauded by the Toronto branch of a European bank that launders funds for a Russian mob. The conglomerate hires Burdock to hide the loss from its regulators, but Burdock sees an opportunity to recover far more than the loss through a gold mining scam that targets the bank and the mob.

Will the Russians grind him up and stuff him into sausage skin? Will he confess all, and seek witness protection? Or will he stumble his way to the end of his rainbow, and discover if his pot of gold is illusory?